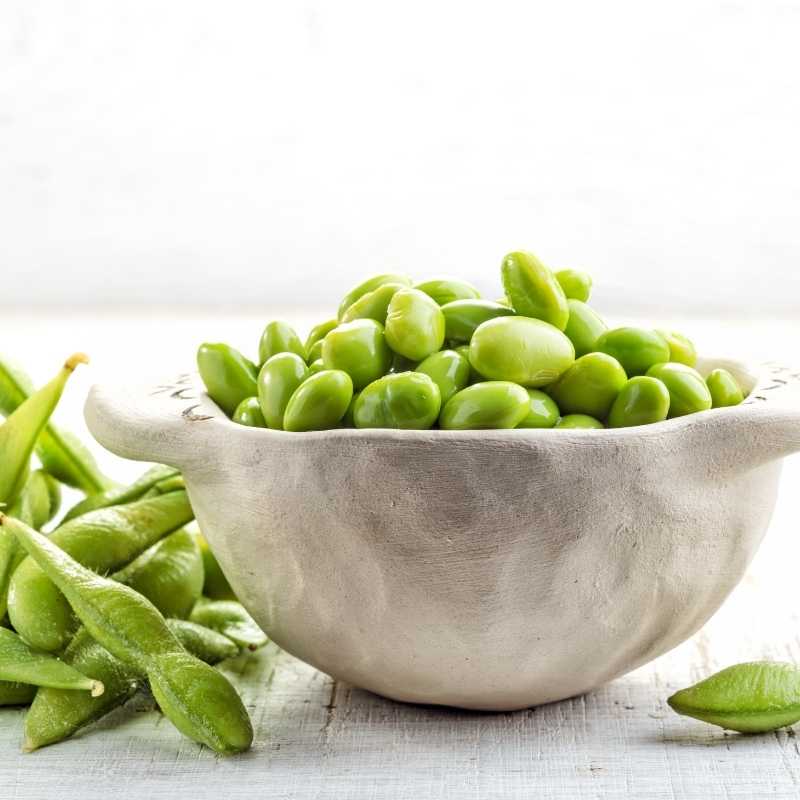 When you live with picky eaters – whether they are your children, your spouse, or maybe even yourself – you have to get creative with how you introduce different foods into your meals. Eating a variety of foods can be fun when you turn it into a game. We decided to try a new food from A to Z, and created this list of foods to have options to choose from. Here is our list of foods that start with E, including fruits, vegetables, and other fun things to eat!

Why eat foods from every letter of the alphabet?

When you step outside of your food comfort zone, you have the opportunity to discover a new food that you never knew you could enjoy. There are so many foods that we haven’t tried, for various reasons – because our parents never cooked them, they weren’t available in our area, they are popular foods in different cultures, or just because we didn’t know they existed!

Trying different foods, especially fruits and vegetables, can provide our bodies with a variety of nutrients that we wouldn’t normally have. It can also get us out of the “what’s for dinner” rut when we get bored of eating the same old things over and over again.

These food lists are also great when teaching the alphabet, or when looking for a fun food for show and tell day at school!

If you’re looking for a little flavor in the kitchen, or a way to spice up your life, try one – or all! – of these foods that start with the letter E.

Vegetables that start with E

Edamame is what we call soybeans that are still inside the pod. The pods are typically steamed (or can be boiled) and may be served with a sprinkle of salt or other condiments. Edamame are naturally gluten free and low in calories, contain no cholesterol, and are an excellent source of protein, iron, and calcium.

Edamame is rich in the antioxidant kaempferol, which has been shown to help weight loss and lower blood sugar in animal studies.

Serve up a little edamame appetizer before dinner, or eat it alone for a healthy snack.

Eggplant (sometimes called aubergine) is a berry by definition and is grown worldwide for its edible fruit. A deep purple color, the spongy, absorbent fruit is used in several cuisines, especially in the Mediterranean. The high fiber content in eggplant is a great way to improve your gastrointestinal health. It’s also packed with vitamins, nutrients and antioxidants.

Many people enjoy eggplant that has been roasted in the oven. One very popular dish is eggplant parmesan!

While this leafy green vegetable can be found at most grocery stores, you may have to pay a pretty penny. Endive is a leafy vegetable in the chicory family that has a nutty flavor with a mildly bitter finish. It’s great raw or cooked. Endive is actually grown twice, first as a chicory root, then later as a sprout off the root kept in a dark cool environment for a month.

Most endives in the U.S. are imported from Belgium, which means that shipping costs combined with labor costs make it an expensive item, although recently some California growers have been successful. Endive’s creamy color makes it easy to hide in dishes if you’re trying to get the kids to down a ‘dive.

Fruits that start with E

Eggfruit, or canistel, can be eaten out of hand, baked, puréed, crumbled over a salad, added to dressings, enjoyed sweetened, or salted with vinegar. Eggfruit is wonderful in smoothies.

Where does it grow? Eggfruit grows on a tree native to, and cultivated in, Southern Mexico and Central America. The fruit itself has glossy skin and the flesh is yellow, somewhat pasty, although the best varieties have a creamy, mousse-like texture. The flavor is rich and is reminiscent of an egg custard.

Where can you find egg fruit? Not at your local grocery store. You may find it at specialty shops and Latin food markets. Canistel also works great in custards, ice cream, spreads, pie fillings, and baked into bread, cakes, and pancakes.

Other foods that start with E

Edam is a semi-hard cheese that originated in the Netherlands, and is named after the town of Edam in the province of North Holland. Edam is traditionally sold in as a cheese wheel with a pale yellow interior with a rind of red paraffin wax. Edam has a smooth, firm texture with a light, nutty flavor.

This type of cheese is traditionally produced using skimmed and full milk, so it’s usually lower in fat than other ‘hard’ cheeses. It’s drier, lighter and tarter than gouda and flows less when melted. It also browns better. Edam is sliceable which makes it great for sandwiches, but it’s also good for soups.

Before you say eeew, hear me out. Eel is nothing more than a long, skinny type of fish. It even has gills and is prepared just like fish. Cooked correctly — and it must always be served cooked — eel can be delicious.

To begin with, it contains a good amount of vitamins and minerals. Despite its dark and snakelike appearance, it makes for a delicious meal. Some eel eaters have compared its taste to salmon or lobster. Others say it is a bit more like octopus meat or catfish. Many agree that it has a sweet flavor and goes great with a tangy sauce made from eel, sake, sugar, and soy sauce.

There are two types of eel prepared in Japanese cuisine — unagi (freshwater eel) and anago (seawater eel). I personally love unagi rolls topped with eel sauce when I order sushi! So sweet and delicious.

Eggs are a great source of protein and egg yolk are actually healthier than people used to think. I don’t recommend eating raw eggs, but there are many different ways to enjoy them. Try them boiled like Easter eggs, fried or over easy, or scrambled with toast. You can also make egg salad, egg drop soup, egg foo young, or some of the other food items including eggs below!

Most eggs eaten in the United States come from chickens, but duck eggs and quail eggs are popular too.

Almost anyone can scramble a few eggs, maybe even make an omelette. But few can say they know how to prepare eggs Benedict.

Popularized in New York City, eggs Benedict is a common breakfast food or brunch dish, consisting of two halves of an English muffin, each topped with Canadian bacon, a poached egg, and hollandaise sauce. Add spinach and you have yourself Eggs Florentine! Not exactly for the health conscious, but definitely for fans of breakfast.

And no, this dish did not commit high treason. Legend has it the recipe was invented by Delmonico’s chef Charles Ranhofer who prepared it especially for regular customer Mrs. Legrand Benedict in the 1860s.

Egg noodles provide a good amount of calories, protein, essential amino acids and carbs per serving. They also have a moderate glycemic index that provides more sustained energy. Obviously, they are not gluten free. They’re great in casseroles and soups and are quick and easy to cook. They also keep for a long time in dry storage.

While we’re talking about Asian foods, let’s discuss a different type of egg — the egg roll. This one isn’t laid, it’s made. Stuffed with shredded cabbage, carrots and savory pork or chicken, the paper thin wheat-based flour shell is deep fried in oil.

Some rolls include various spices like ginger and sesame. They can be dipped in a sweet and tangy sauce or eaten plain.

Mostly served as an appetizer, egg rolls are a staple in many Chinese restaurants. You can find them in the frozen food aisle, but don’t expect the same punch of flavor as fresh homemade rolls.

Oh deer, what can we have for dinner? How about the second largest member of the deer family — Elk. Elk meat has more protein and less cholesterol than beef, pork and even chicken. Being a good source for iron, phosphorus and zinc, elk is a great red meat alternative.

With a similar color, elk tastes like a cross of venison and beef and is leaner than beef, and tender if properly prepared. You can expect to pay a little more for elk than you would most beef. However, if you get the chance to try elk jerky – don’t pass it up! It’s delicious.

Whether cinnamon, raisin or plain, nothing says breakfast like an English muffin. Unlike the muffins we’re used to in North America, an English muffin is a small, flat, circular bread which is commonly sliced horizontally like a bun or bagel, then toasted and topped with butter (and sometimes jam).

The nutrition of English muffins makes them a more obvious health choice over bagels. Wheat and whole wheat English muffins are higher in potassium and phosphorus than the plain version. English muffins serve as the foundation of what’s arguably the finest brunch dish in the land: eggs Benedict. (You remember those, right?)

Almonds, pecans, macadamia … all are types of tree nuts. But one of the healthiest and most versatile are walnuts. Used heavily in desserts, walnuts are chock full of selenium — a needed nutrient for optimal brain health. The meat is slightly sweet with an earthy flavor.

The walnuts we’re all most familiar with are called English walnuts. Walnuts are unique among nuts in that they are highest in alpha-linolenic acid (ALA – omega-3 fatty acid) levels as well as melatonin.

Walnuts can be eaten raw, chopped in salads, toasted, sprinkled over oatmeal, the list is endless. My favorite way to eat walnuts is when they are crumbled on top of a warm brownie!

Why did the snail cross the road? Because he couldn’t make his escargot! I couldn’t resist a dad joke. Even if you don’t parlez vous Français, you probably have heard of escargot, the French word for snail.

The common brown snail used for this French dish can actually be found in some backyards, though I wouldn’t risk consuming a snail that may have eaten garden pesticides. Instead, you can buy fresh farmed snails from specialty shops and seafood stores. Escargot typically takes on the flavor of the butter and other foods it’s cooked with, though many say the snails taste like earthy chicken with mushrooms.

The texture is very similar to clams. Properly prepared snails should never be gritty and are often served with savory sauces. Entice the kids to try this piece of French cuisine by equating them to chewy chicken and leaving out the shells, unless your kid happens to be a budding biologist. 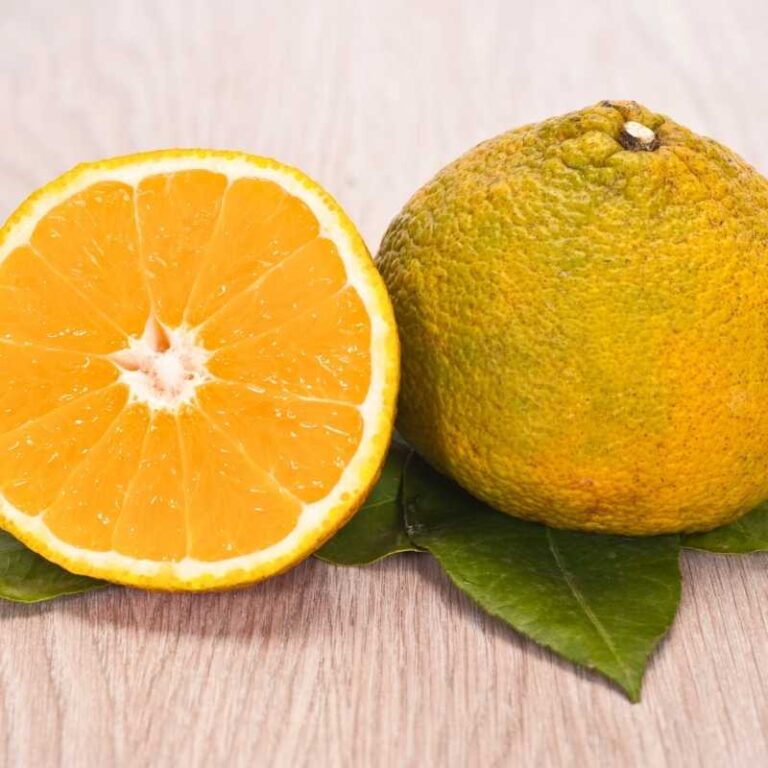 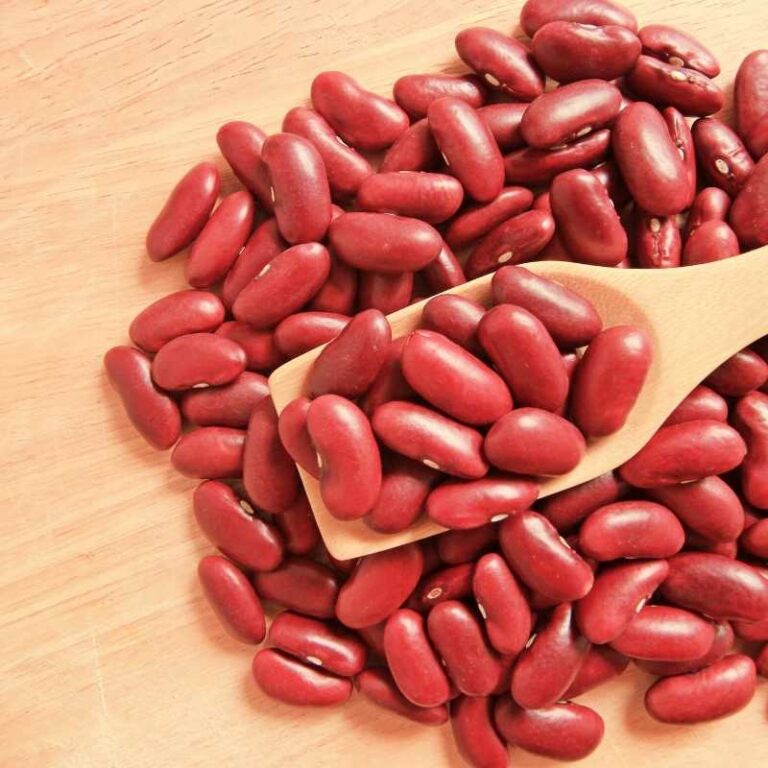 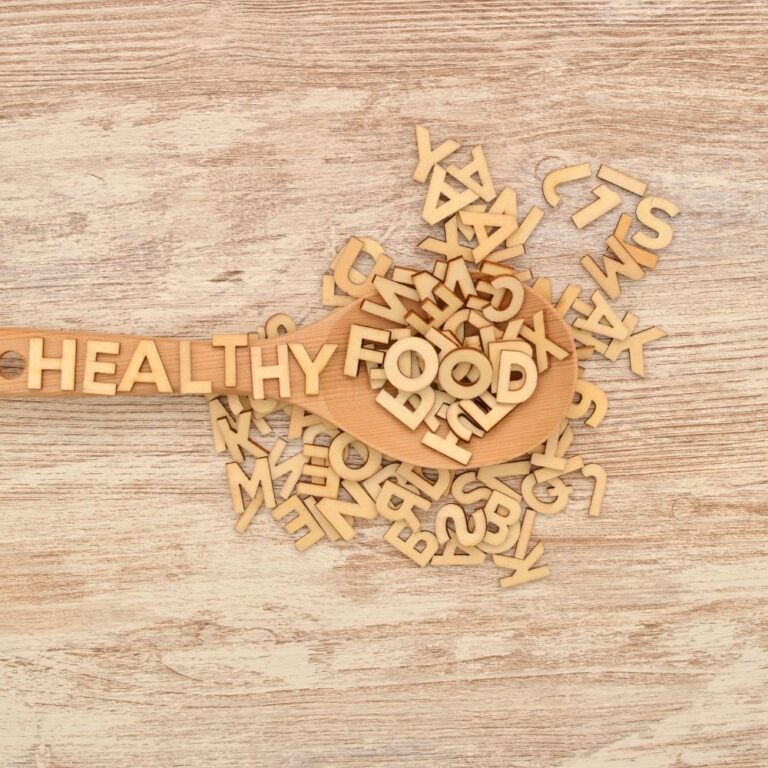 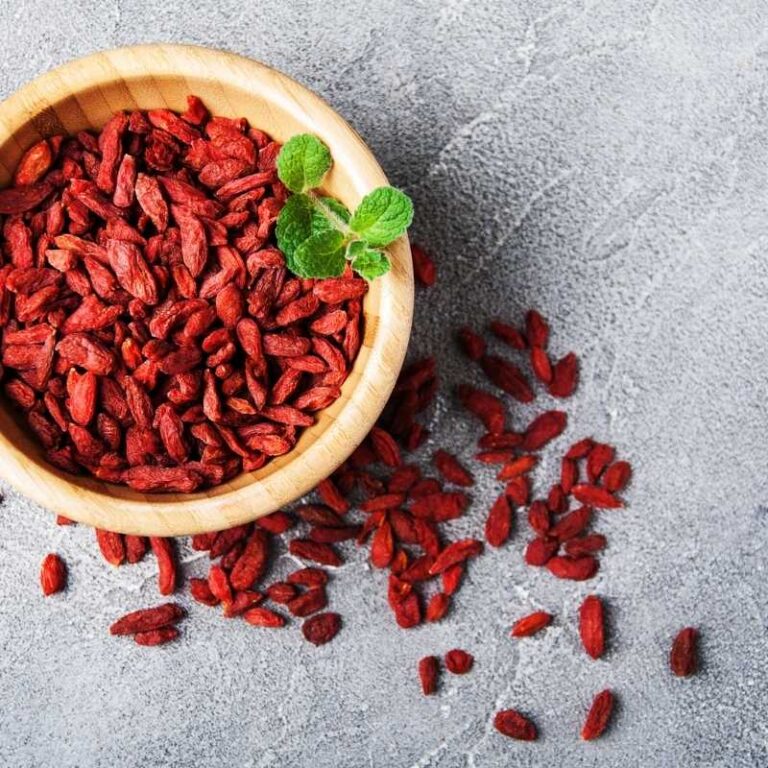 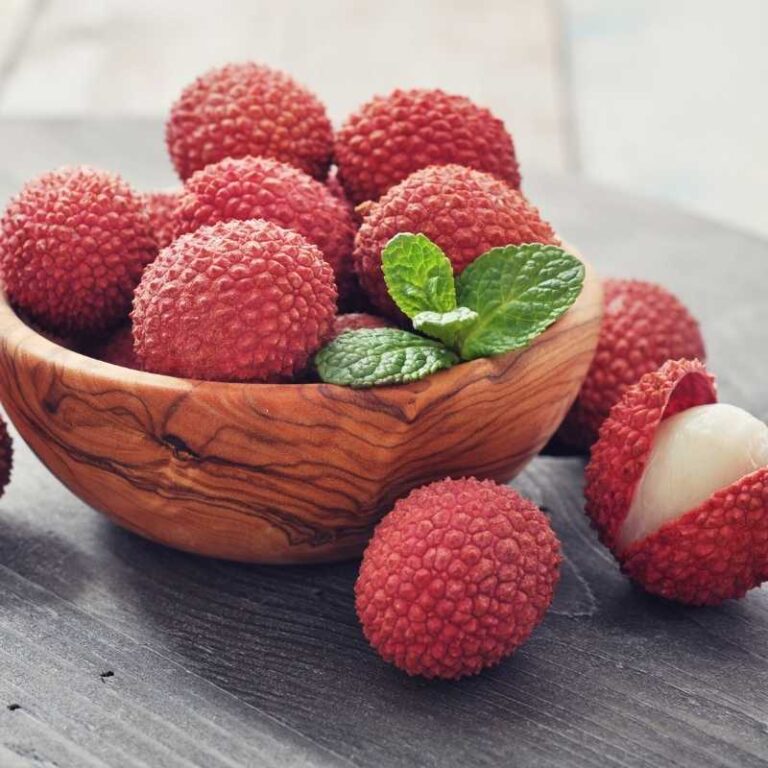 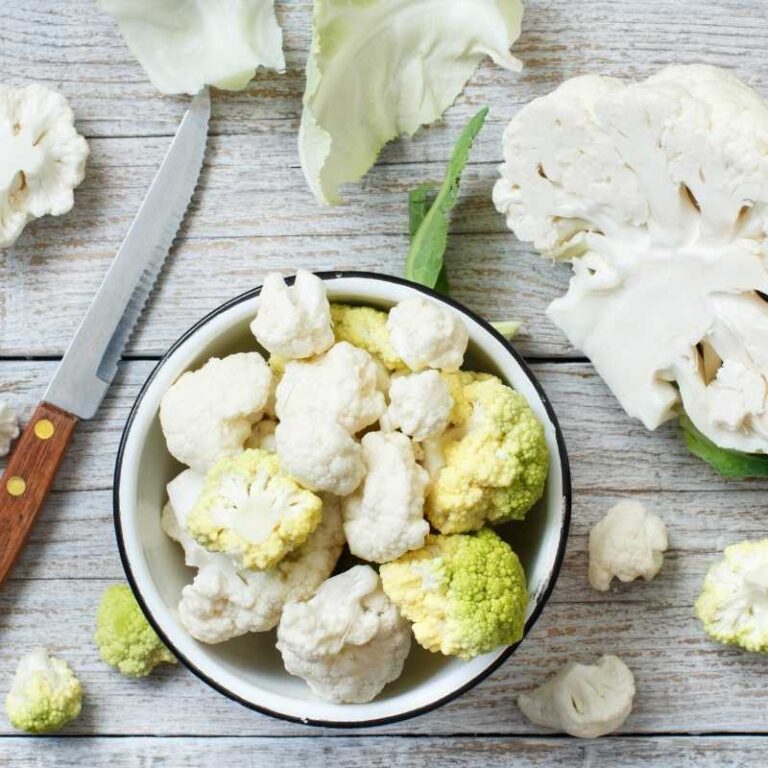